Figment is an amazing tool for preparing data for machine learning models. We love PIX2PIX because it gives control and it can learn a lot from input data.

The best input data is structurally similar to the input data, that is, there is a one-to-one relationship from the input to the output data. Here are some examples:

The trick to making the training data is doing the opposite transformation of what we're trying to acquire. So, as an example, to convert black and white image to color images, we're using existing color images and removing the color information, then letting PIX2PIX learn the color mapping.

We're making a face generator that's built on artificial faces, using This Person Does Not Exist. In a way, we're creating a second-generation AI, based on existing AI.

This idea was actually developed by Alexandra Fraser in her project Maureen.

We have a folder of data prepared that you can download. These are 5,000 images downloaded from the This Person Does Not Exist website. However, we can also do this using a Fetch Image node. In the case of this website, we can fetch the same URL repeatedly and get a different image every time.

Put your images folder in the project folder as well.

In your new project, delete all nodes except for the Out node at the end.

Create a Load Image Folder node, click the "Choose" button next to the folder, and select the images folder. The images should now be "animating":

The PIX2PIX algorithm requires the input to be square. We're going to be using 512x512 images, so we'll use Resize node to mold them into shape.

Since these are faces, we want to use a face detection algorithm. The Detect Faces node works well here. It uses Google's MediaPipe Face Mesh to detect face landmarks. Set it up to draw the face mesh.

TODO animation of the face mesh

Our PIX2PIX implementation requires the two images side-by-side. We'll do that with a Stack node. Note that our final size should be 1024x512, so we'll take the output of Resize and Detect Faces, which are both 512x512.

We're ready to export. We'll export 5000 frames (as many as we have input images) to an "input" folder.

Training the model with Paperspace​

We'll use Paperspace to train our model. We'll set up a new project, and use their dataset feature to create a number of datasets. We'll use our own open-source pix2pix implementation to generate the model, then convert it to Figment.

First, create an account on Paperspace. Once you're in the console, create a new project. You can call it anything you like. You should be on the notebooks tab: 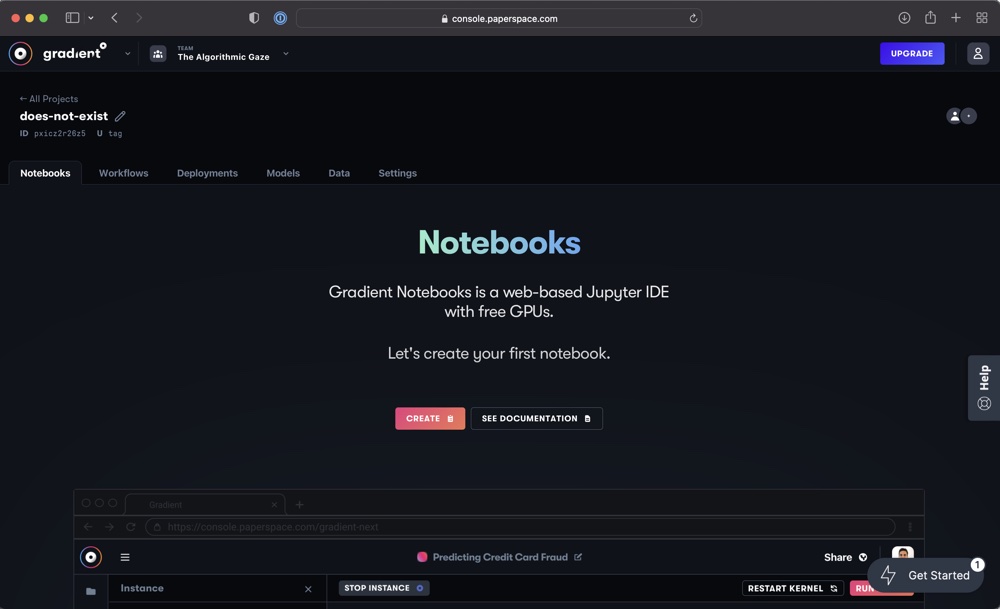 First, upload the data. Switch to the data tab: 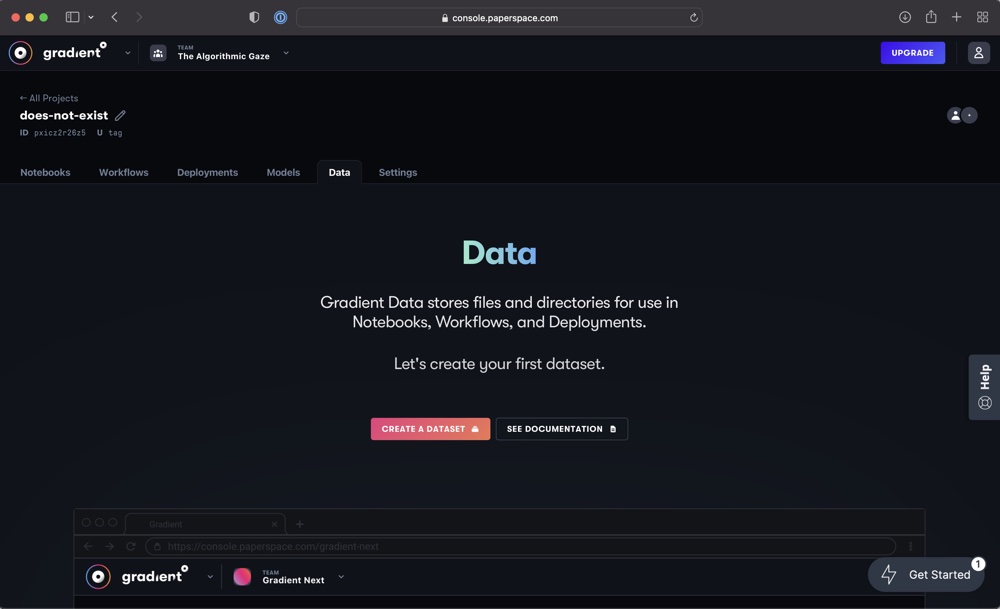 Choose "Add" to create a new dataset. I called mine does-not-exist. Then, upload the 5,000 images you prepared.

Go to the Notebook tab and create a new notebook. Choose "Tensorflow". Select a GPU machine (you can choose a free one, though it will take a while for results to appear).

In the advanced options, set the workspace URL to:

Press "Start Notebook" to boot up the notebook. It will say "Starting" for a bit, then show your files on the sidebar.

Click the "data sources" icon in the left sidebar. Find your data source (mine is called "does-not-exist" and click the "Mount" button) 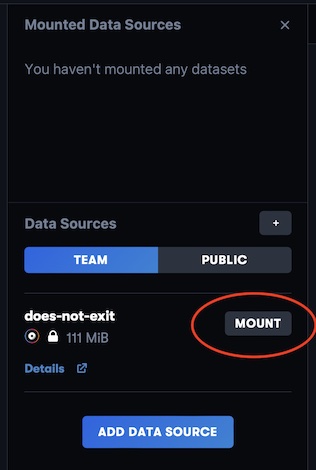 Once mounted, it should show the directory path for the dataset. Mine is /datasets/does-not-exist, so that is what we'll need to fill in. 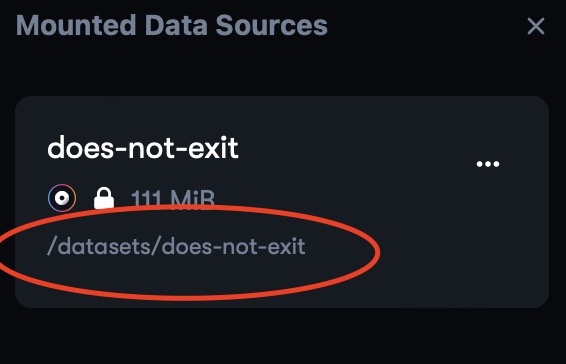 Open pix2pix_train.ipynb. The script is all set up, you just need to update the paths:

At the very end, you might also want to tweak the number of steps the model runs. This is set quite high (500_000 steps), which will take a long time to run. Setting it to 100_000 steps might already give decent results.

Once all cells are setup, you can press "Run all" at the top to run all cells. Scroll through the script to see if there are any errors. If not, you should see training happening at the end of the notebook. There will be dots slowly moving across the screen, indicating progress.

Initially the training will give random noise, as the model is untrained:

But after a while the results should improve:

Once training is completed, make sure the last cells are ran also.

If training takes too long, you can also stop the cell (press the stop button). You still get a working model; just make sure you execute the last two cells (saving the checkpoint and the generator).

Close and shutdown the script. Make sure in "kernel sessions" you delete the notebook by clicking the thrash icon. 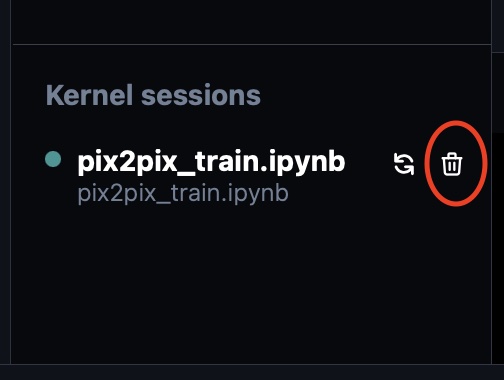 Figment requires the model in Tensorflow.js format (TFJS). We've provided a conversion script that you can run once your model is done training.

Open pix2pix_tfjs.ipynb. In this script, make sure the paths are set correctly:

Find the tfjs.zip file in the Files sidebar. It should be under does-not-exist>output>v001. Right-click it and choose "Download" (Left-clicking will show an error to the effect of "I can't show this file"). Once you have the file downloaded, unzip it.

Building the real-time script in Figment​

The Figment real-time script is very similar to the generation script. Only you will now use the webcam as the input.

You should now see your own face being recreated with virtual faces from This Person Does Not Exist.

Here's an example with a model that's trained for a number of days: